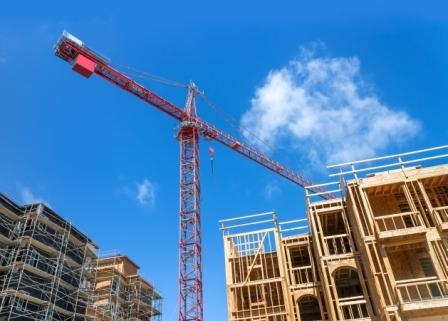 One constant sight on the Vancouver skyline is a large number of construction cranes. All over the Lower Mainland, construction has been on the rise and condominium development is at an all-time high. Urban construction in Vancouver and Toronto, Canada’s most expensive cities, is growing and growing each month.

According to data released in early December, urban construction for multiple-unit buildings, typically condos, surged 16.9 percent in November in both Vancouver and Toronto. This is a record high, which is even more amazing when you consider that the last decade has been a boom of construction in these two cities.

This construction is perceived as a huge advantage for the consumer. Many of these condos are being developed for first time buyers – a large percentage of these condos are one-bedroom and studio apartments. This means that people are able to get a foothold into the market and start growing equity. With smaller units, the prices will be more affordable than someone looking for a three-bedroom condo in downtown Vancouver.

Another advantage is that the rules Canadian developers have to follow will prevent Vancouver from suffering an over-production of condos. In some American cities, developers built far too many condos because they didn’t need down payments before they started building. In Canada, they do – so this means all these new condos have owners.

These large condo projects can also become large scale stucco projects, as the developers build homes that people want. Having the elegance and beauty of a stuccoed exterior can increase property values, improve the appearance of the neighbourhood, and make a condo feel more like a home.

If you’re developing a large condo project, and need work from the best stucco company in Vancouver, contact us at Choice Stucco. With all our experience in the Lower Mainland, we can turn a standard condo development into something beautiful.

Bill Caros has over 30 years experience in the stucco industry. As the owner of Choice Stucco Ltd, Bill provides quality stucco application and stucco repair to all of Vancouver Lower Mainland.